Hit enter to search or ESC to close

We have a tourist guide on request

The church is located in the historical Maramures, in the Iza valley. The old wooden church was built in 1711 in the place called “The Hair of the Monk” by the noble priest Ioan Ştefanca, along with his sons and other villagers, to thank God for protection during the big plague of the previous year. The church was moved to the Iza Valley around 1739 on the site of a cemetery that emerged after the Tatars battle in 1717. The paintings were made on wood, partially lined with textile pieces, fixed on the walls and covered with a prepared lime, as it was the custom of that time. 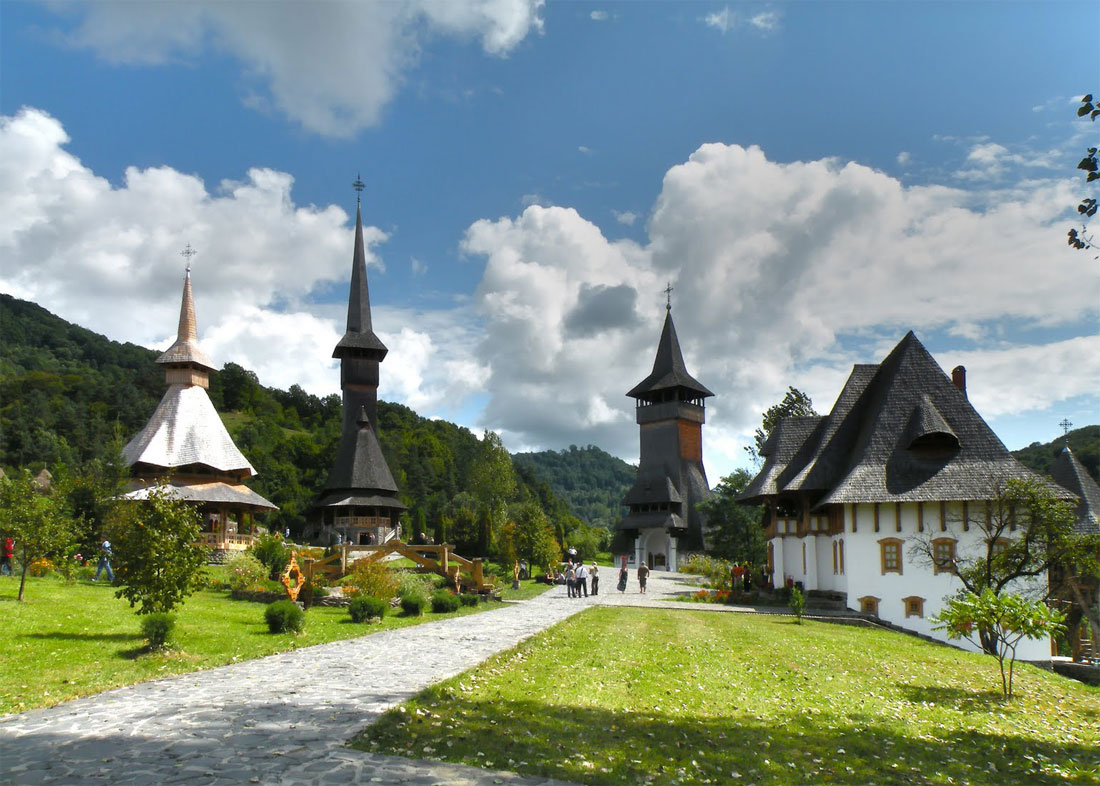 The prison in Sighetu Marmatiei (also called “Sighet Prison”) was built in 1897 when Transylvania was still part of the Austro-Hungarian Empire.
After 1945, Romanians deported or prisoners of war in the Soviet Union, when repatriated, passed through Sighet. In 1948, after the Communist regime consolidated, Sighet became a prison for opponents of the regime. At first, there were students and peasants from Maramures, some of whom still live in Sighet.
Some were convicted of heavy punishment and others were imprisoned without any trial (administrative “punishment”). Many important figures of interwar Romania died in custody here, including the leader of the National Peasant Party, Iuliu Maniu. 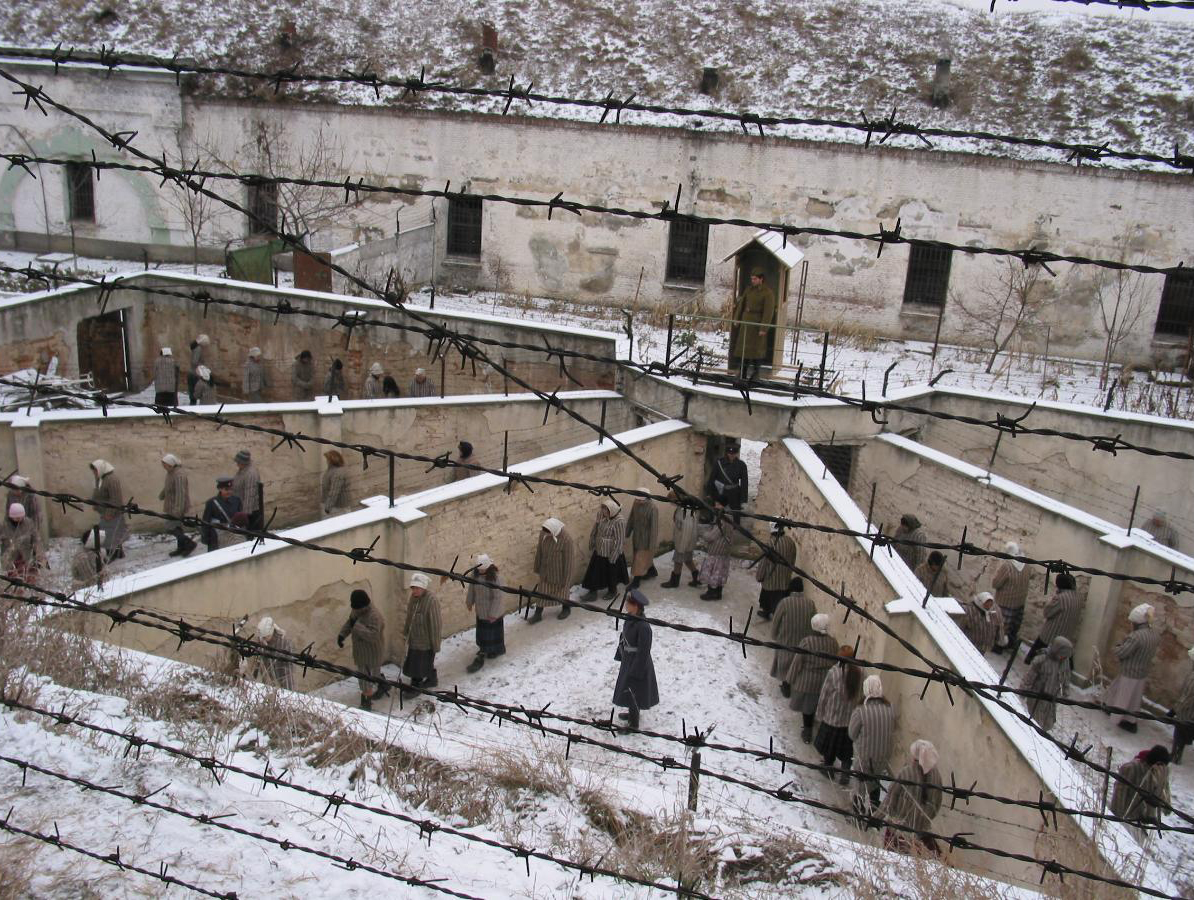 Frequently called “Vaser Valley Mocanita”, the Forestry Railroad from Viseu de Sus is located in the north of Romania, on the border with Ukraine and represents a wealth both technically and culturally. Besides Diesel locomotives, on a nearly 60 kilometres route, still run today steam locomotives fueled by wood. This fact makes CFF Vişeu de Sus (abbreviation from the Forestry Railway) famous worldwide as the last real railway track that runs steam-powered.
The line that was built after the Austro-Hungarian standard track of 760mm, leads to a valley of charming wildlife along the Vaser River, over bridges and tunnels. The railroad tracks an enormous forested area, where there are no roads or villages, but it is inhabited only by bears and wolves.

The Merry Cemetery is a cemetery in the town of Săpânţa, Maramureş County, famous for the crosses of the brightly coloured tombs and the naive paintings representing scenes from the life and occupation of the buried people. On some crosses, there are even lyrics in which the persons are mentioned, often with humorous nuances.
The novelty of this cemetery is the differentiation from popular culture, which considers death as a sad event. It is believed that Stan Ioan Patras would have been inspired by the Dacian culture, in which the death was considered a merry event. The first epitaph dates from 1935 and from the 1960s until this day the entire cemetery was populated with about 800 such crosses, carved from oak wood, becoming an open-air museum of unique nature and a tourist attraction 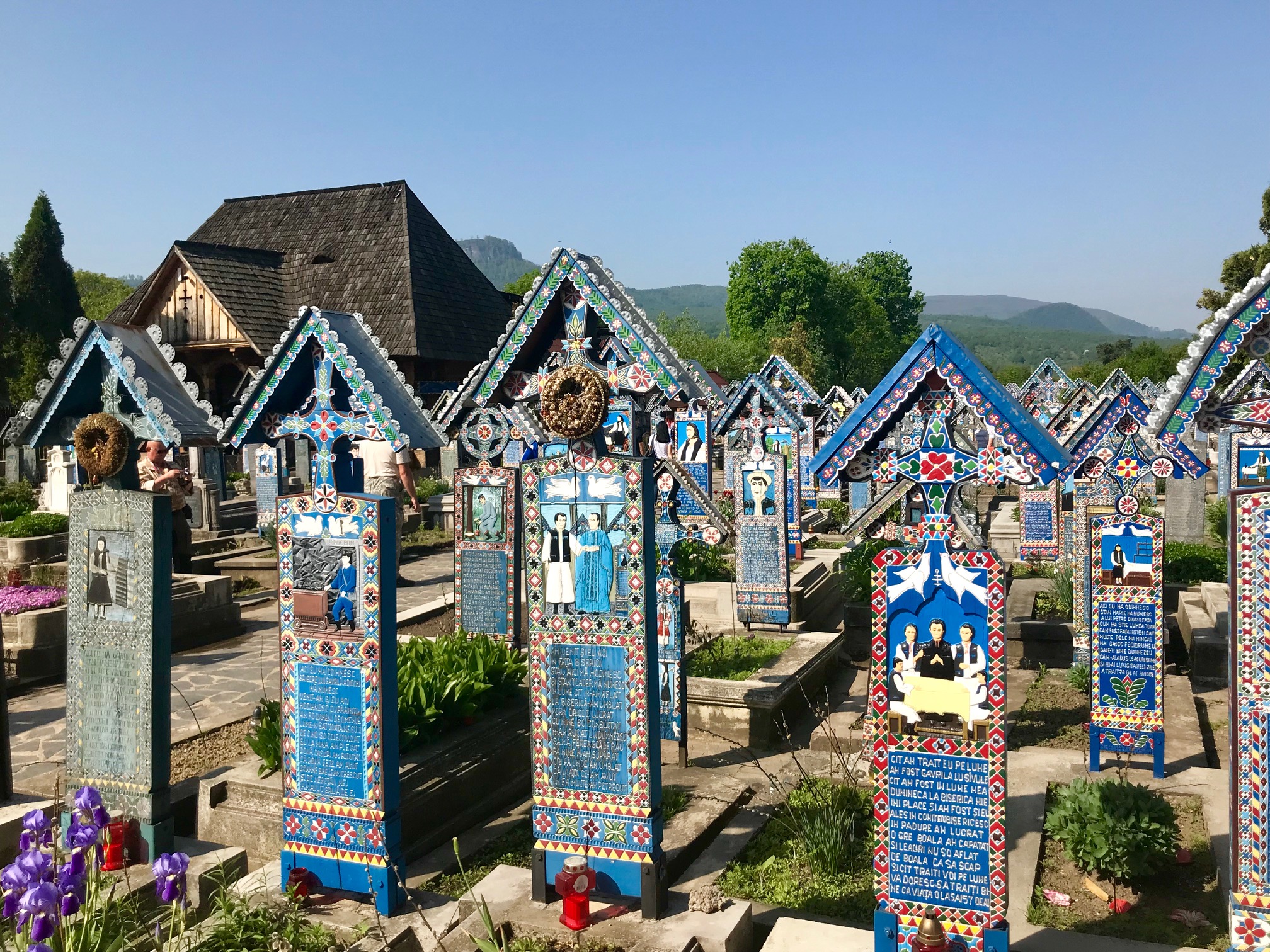